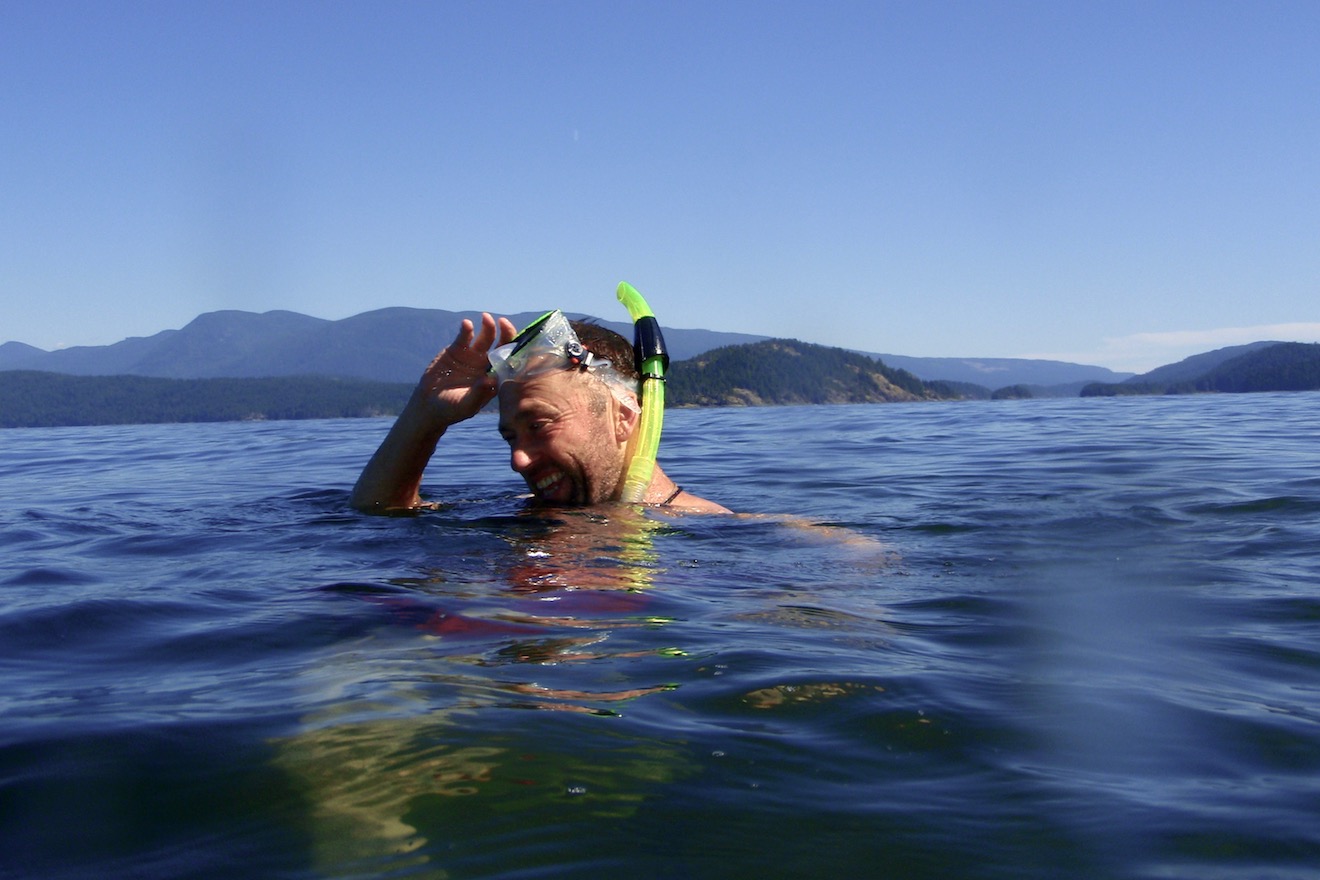 You might have heard rumours of the warm water in Desolation Sound, often described as “the warmest ocean temperature north of Mexico”. But why is this the case, exactly, and what does that mean for your kayak vacation?

First, the facts: In the summer months Desolation Sound can have water temperatures reaching up to 24 degrees celsius (or 75 degrees Fahrenheit)! This is exacerbated by shallow bays and rising tides coming in over sunbaked rocks, and creates swimming and snorkelling conditions previously unimaginable in coastal British Columbia – wetsuits are certainly not required!

For 25 years, guests on our multi-day camping tours and eco-resort packages have revelled in these comfortable conditions. It is not uncommon in the heart of summer to have people swimming and sunbathing right up to the moment the sun sets over Vancouver Island, and there is nothing more rewarding than landing after a full day of exploring the coast by kayak and throwing yourself in the ocean to refresh yourself.

Snorkelling sans wetsuit is very common – but if you’re worried about the chill then packing along a shorty wetsuit is also an option – and opens up a world of colourful and prolific marine life just below the surface. Sea stars, anemones, urchins and sea cucumbers are all common in these waters.

And for the truly adventurous – a night time swim amongst the glowing phosphorescence is often a truly once in a lifetime moment!

The main reason for these tropical-like warm ocean temperatures is due to a fortunate quirk of geography. Located on the inside roughly halfway between the northern and southern points of Vancouver Island, Desolation Sound lies at the convergence of the tidal flow from both directions.

This means that there is much less tidal movement or major currents in the Sound, and allows the relatively stationary ocean water to be warmed by the hot sun throughout the summer, leading to much higher seasonal temperatures.

Desolation Sound and the Salish Sea is also situated in a minor rainshadow in the lee of the mountains of Vancouver Island, often called the Georgia Depression, that is generally much drier and clearer in the summer months than other parts of the BC coast, which means we get plenty of sun from May to September to warm the ocean to perfect swimming temperatures!

And it’s not just the ocean, the upland areas of Desolation Sound Marine Park are home to many hidden freshwater lakes that are even warmer than the sea, and are popular day trips from places like the Curme Islands for kayakers.