Visit the historic boardwalk community of Refuge Cove on the northern edge of Desolation Sound & imagine yourself in an older, pioneering time on the west coast of British Columbia

Paterson said she also painted some of the stilt houses and other buildings in the community because, in their varying states of decay or abandonment, they have their own personality as well.

“It’s the same thing as painting an old, crazy face,” she said.

At the northern edge of Desolation Sound on West Redonda Island, Refuge Cove is a small year-round community that today serves primarily as a supply stop for boaters and kayakers spending time in the Desolation Sound area, with approximately 20 families living in the large bay during the summer months.

Wooden boardwalks link the weathered old buildings where visitors can find a general store to stock up on supplies, a cafe with espresso machine and a bistro, second hand bookstore, showers, toilets and laundry, and even an art gallery.

Yachts and sailboats anchor and fill-up on beer, groceries, ice-cream and fuel for their onward journeys, while local residents live in an assortment of funky houses that line the shore and bluffs of the cove in assorted states of decay. Refuge Cove offers its visitors an intriguing glimpse into genuine coastal BC life, juxtaposed in the summer by the rush of tourists just passing through and the fleeting prosperity that they bring. 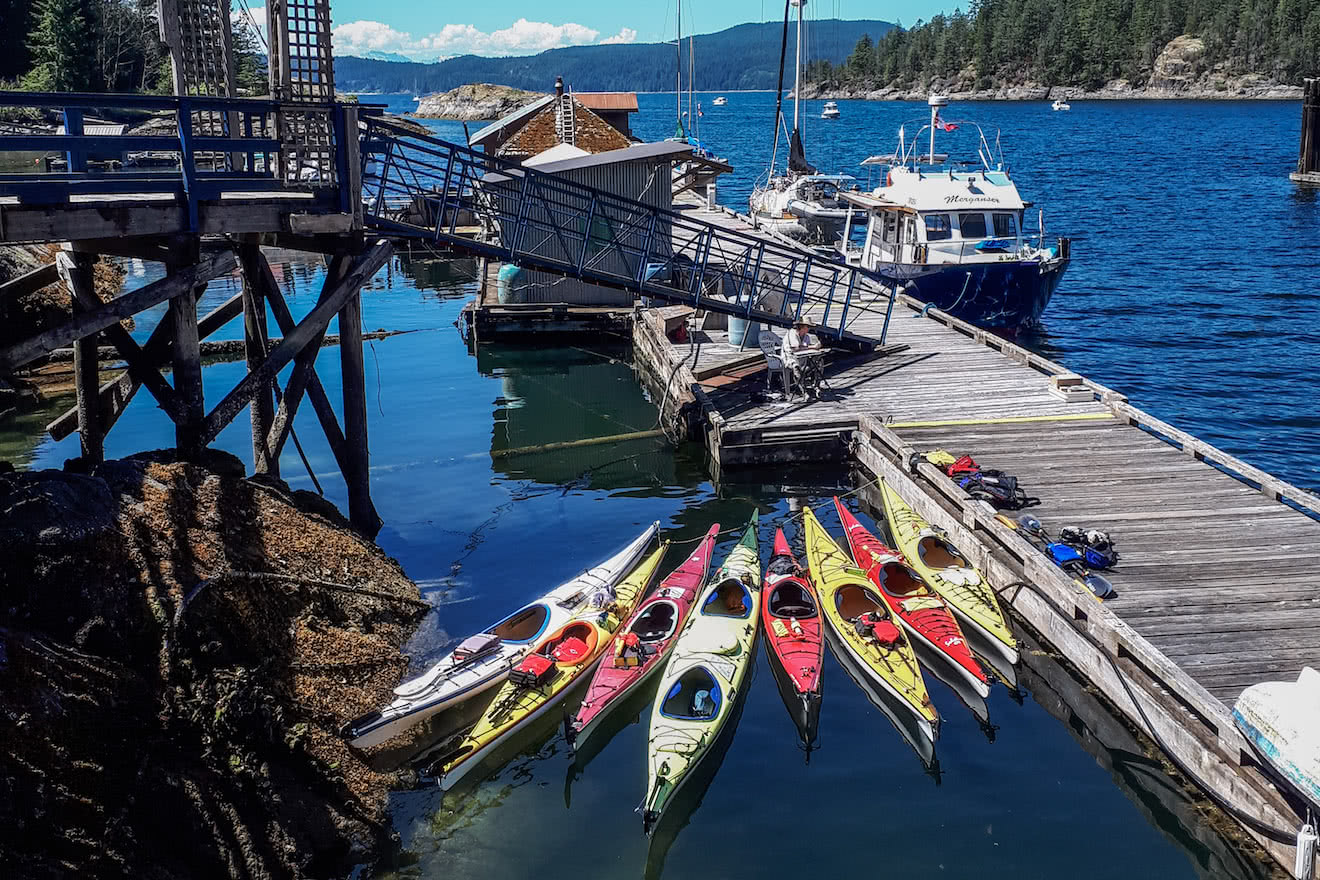 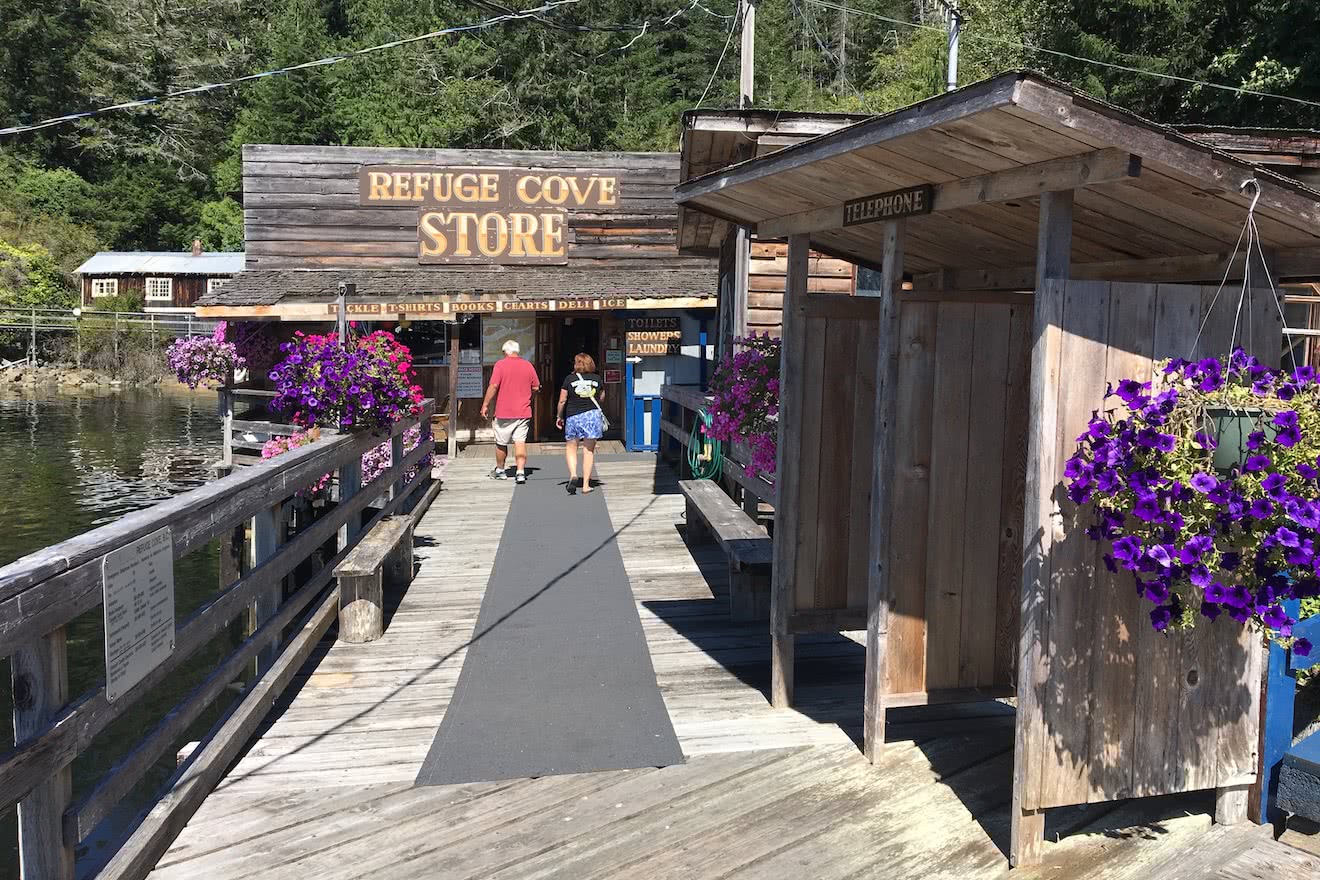 Long before the yachts, sailboats and kayaking tourists, Refuge Cove had a fascinating history as the social hub of life in Desolation Sound. First settled in 1913, the cove quickly became a popular settlement and a school opened a year later, followed by the first incarnation of the current store and post office in five years later.

Settlers would sell their excess fruits and vegetables through the store, and on Saturday nights people from miles around would converge on the dance hall through the 1920s and 1930s to dance and socialize. In the 1950s, the Cove had a population of 40 to 50 people living on boats, floathouses and cottages on the shore. Lewis Channel was the safest passage for most marine traffic north and south, and the Refuge Cove store was an important stop-over on this route. However, with the dynamiting of ‘Ripple Rock’ outside Campbell River in the largest man-made non-nuclear explosion in history in 1958, vessels preferred the route closer to Vancouver Island and most of the traffic ceased.

By 1971, the year-round population of Refuge Cove had slumped to just six.

In 1968 the store burned down, and the owners reopened by dragging an 87-foot barge docked at the wharf onto land. With big changes happening on the coast concerning shipping routes and larger tugs requiring less fuel stops, business was slow, and the Refuge Cove Land and Housing Co-operative was formed and bought the store and the land and runs the store to this day.

Refuge Cove is only accessible by boat from Desolation Sound. Powell River Sea Kayak offers multiple options for those that wish to visit this intriguing and historic community via kayak: