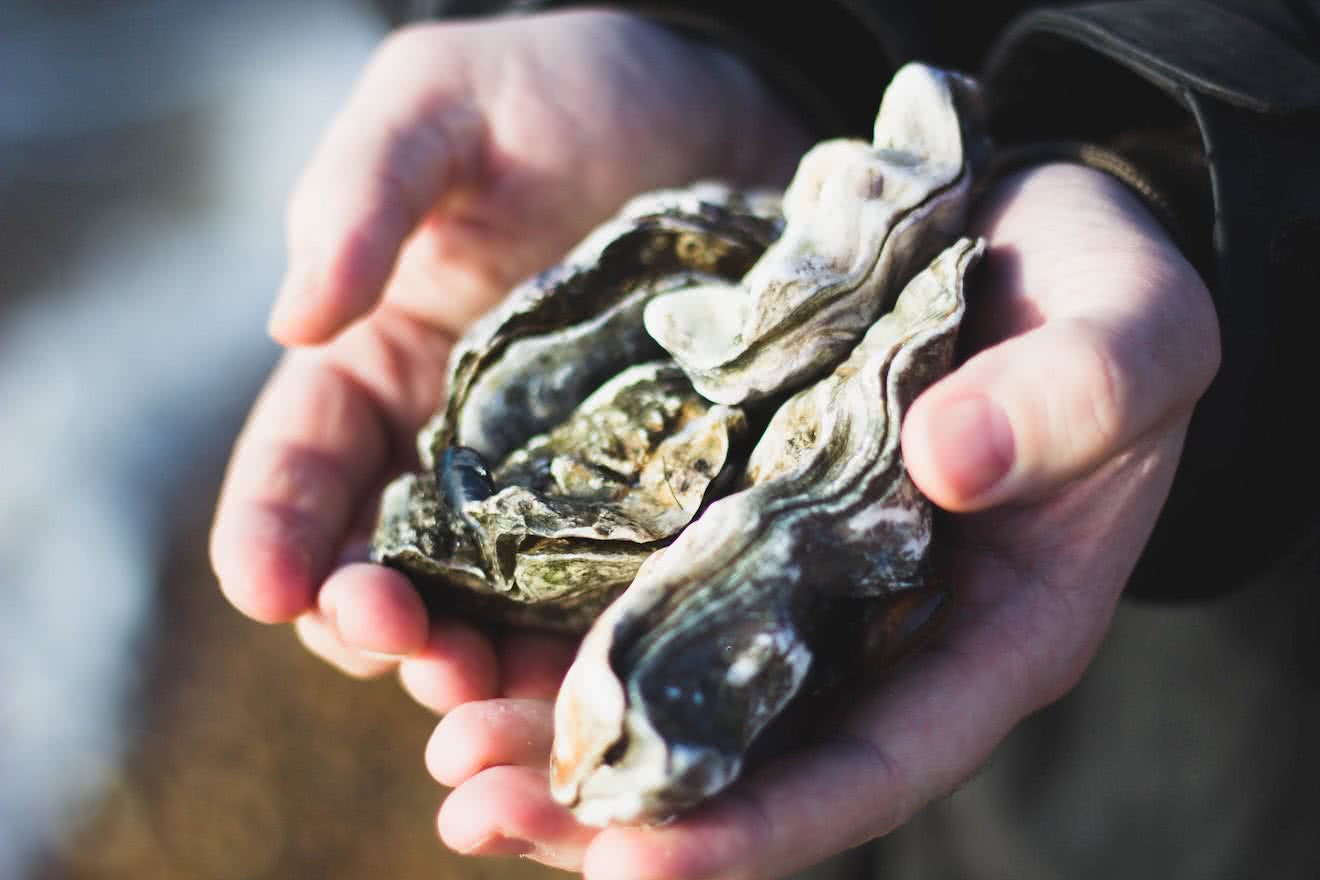 Note: This article is intended for informational purposes only. It is each individual’s responsibility to mitigate risks from shellfish-related illnesses by doing their own personal research using official and scientific sources.

Harvesting fresh oysters, clams and mussels on a kayak trip is one of those quintessential west coast experiences.

We have been harvesting shellfish on our guided kayak tours for more than 20 years, and it is a highlight of many of our guests trips. We’ve even converted our fair share of non-oyster eaters into shellfish connoisseurs! Though to be fair, with ingredients this fresh, it’s difficult to go wrong.

However there are some critical things to know before you collect, and with the recent outbreak of norovirus cases related to BC oysters throughout Canada, we’ve seen that you cannot be too careful when harvesting and ingesting shellfish in a wilderness setting.

Every person that harvests shellfish of any kind in Desolation Sound must be in possession of a BC Tidal Waters Sport Fishing Licence. These can be purchased online from the Department of Fisheries website.

An annual licence costs $22.05 for Canadian residents, and $106.05 for non-residents (non-residents are probably better off buying a 3 or 5 day licence for their trip, at a fraction of the yearly price).

Daily limits exist for all shellfish harvesting. Among the more common species harvested recreationally, each licence holder can harvest 15 oysters, 75 manila and littleneck clams, and 75 blue mussels per day.

The most famous cause of shellfish poisoning in British Columbia is from eating oysters or clams that are affected by ‘red tide’, or Paralytic Shellfish Poisoning (PSP).

Red tide is the result of an algal bloom, usually, but not always, occurring in the warmer months of the year. Bivalve shellfish (including oysters, clams and mussels) filter the microorganisms and accumulate the toxins at a level that can be fatal for human consumption.

When the toxins are concentrated in the ocean in high numbers, this bloom can appear as a red or dark cloud in coastal waters – hence the nickname ‘red tide’. However, just because you cannot see this phenomenon does not mean that the toxins are not present, and though these blooms are typically associated with warmer waters, red tide can be present in every month of the year.

It is critically important to check the Department of Fisheries website for red-tide updates before ingesting any shellfish harvested on a kayak trip. This information is collected by the DFO in conjunction with the commercial shellfish industry, is updated regularly, and can change rapidly. An open shellfish area at the beginning of the trip can be closed abruptly by the end of the same week, and so bringing a smartphone to check for updates every day you are harvesting is ideal.

It is also important to correctly identify the species of shellfish you are harvesting. Clam species in particular can be difficult to identify to the untrained eye, and certain species hold the toxins for a much longer period than others.

Click this link to be taken to the updates for red tide on the BC coast. Desolation Sound is area 15-5.B, while Okeover and Malaspina Inlets are area 15-4, and the Copeland Islands and Lund are area 15-3.

Alternatively, you can call 1-866-431-3474 for a telephone update with a pre-recorded message on constant loop.

As of March 7th 2017, there have been 289 confirmed cases of gastrointestinal illness connected to eating BC oysters across Canada. Testing of several of these cases has confirmed the presence of norovirus infection, a group of viruses that cause gastroenteritis commonly found in oysters that have been contaminated before being harvested.

None of the reported cases have been fatal, and most people report feeling better in one or two days, however these cases reinforce the importance of proper food preparation, especially in a wilderness environment. A Desolation Sound kayaking adventure is no place for a sudden gastrointestinal illness!

Despite the recent outbreak, risk to Canadians is very low, and norovirus illness can be avoided if oysters are cooked to an internal temperature of 90 degrees celsius (195 degrees Fahrenheit) for a minimum of 90 seconds.

Some other tips for avoiding infection: